Hero Wars : Angel of the Fallen 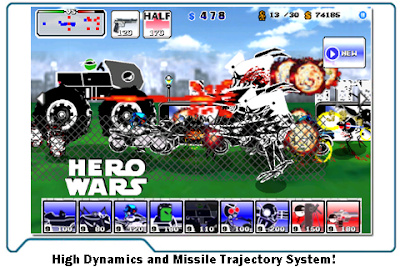 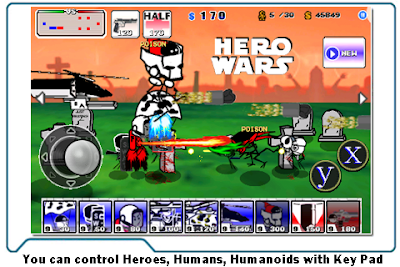 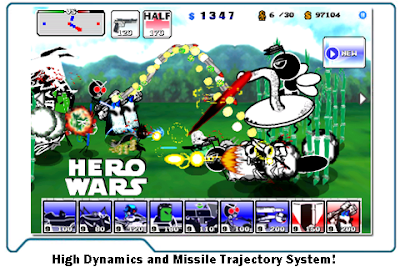 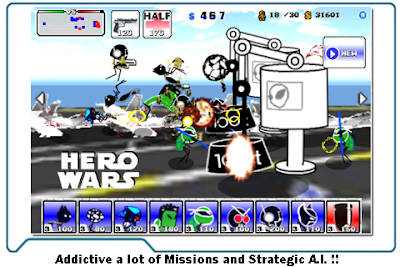 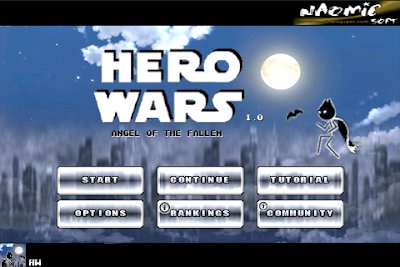 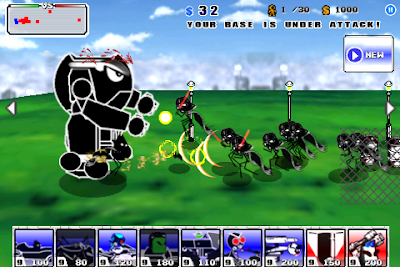 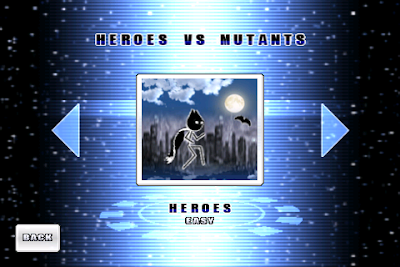 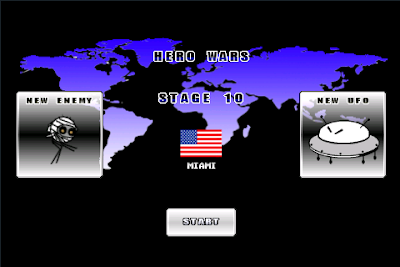 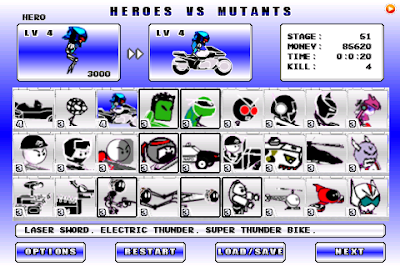 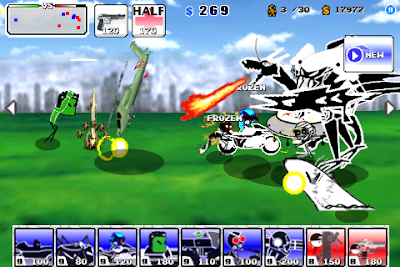 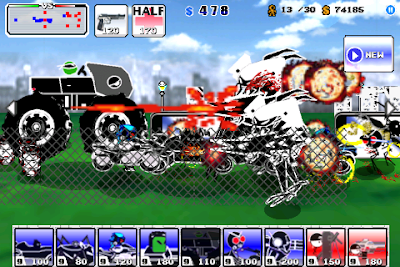 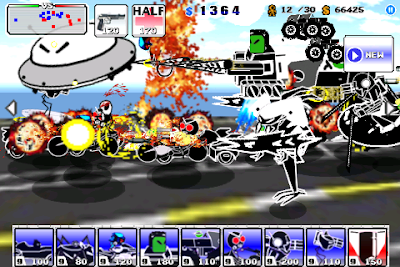 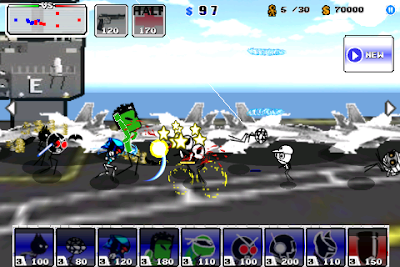 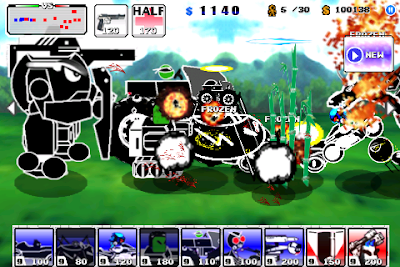 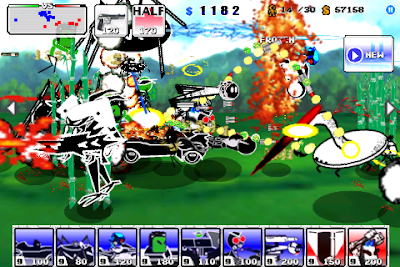 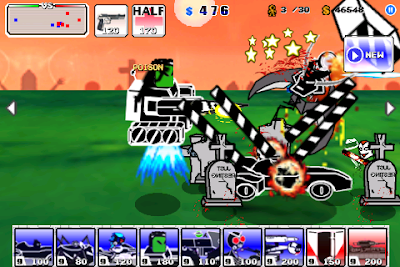 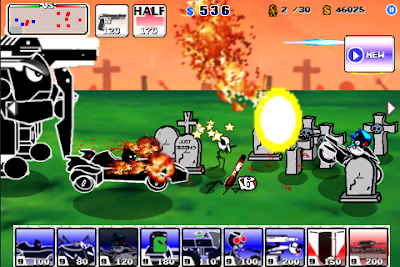 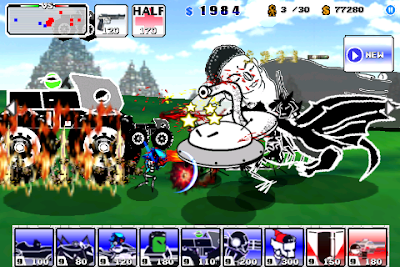 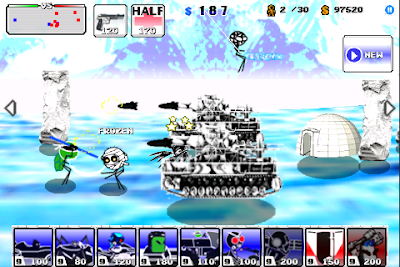 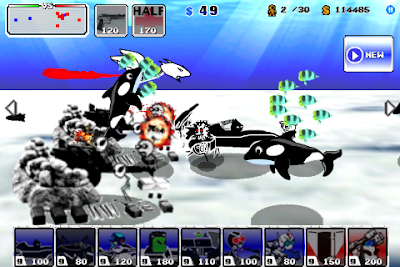 Hero Wars for iPhone, iPod touch, and iPad on the iTunes App Store.
http://itunes.apple.com/app/com.naomicsoft.herowars/id372918571?mt=8
Hero Wars : Angel of the Fallen
is a Defense + RTS game that combined action arcade.
In 2012, Mutants and Aliens invaded the Earth.All cities are destroyed.
They destroy crops, buildings, bridges and roads. They are very powerful.
The Co-Army just didn't have what it takes to do.
Heroes must fight against the Enemies.And must retrieve the Earth.
Your Battle fields are
New York, Miami, London, Cairo, New Delhi, Siberia,Mediterranean Sea, Tokyo, Caribbean Sea, Paris..
Game Playing Choice:
1. Heroes vs Mutants (Easy Mode)
2. Humans vs Aliens (Hard Mode)
Game Features:
- Full HD 2.5D Cartoon Characters and 3D map terrains.
- Total 74 different type of players and 80 enemies.
- Becomes hyper power hero when units are fully upgraded.
- Unlimited numbers of stages.
- One touch Online easy ranking system.
- 10 Wonderful Back Ground Musics.
- You can change game view of camera Side or Top.
Control:
You can produce Heroes, Humans, Humanoids and Arms.
If your hero upgrade, attack will increase.
Special control:
Also, You can control all your characters 360 degrees freely like joy pad.
You can fly, jump, dash, stunt flying.
Upgrade:
All your characters will upgrade new one.
They'll have super vehicle or armored machine.
And Base weapon can upgrade more powerful.
If you get upgrade money in battle, you can exchange to product money.
Arms:
Big Bomb - Use AirStrike To bomb your enemies.
Poison Mortar - Use poisonous gas bombing to make them week.
Fixed Bunker or Tank - Fire or missile attack.
Barrier - Prevent enemy attack.
Radar - You can see the invisible enemies.
App Store.
http://itunes.apple.com/app/com.naomicsoft.herowars/id372918571?mt=8 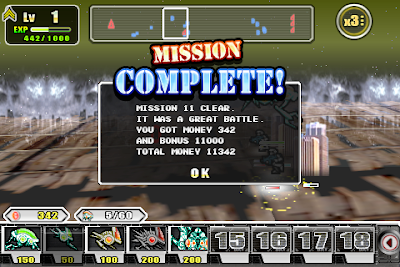 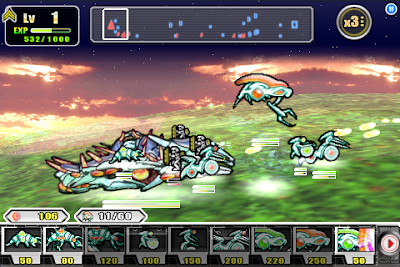 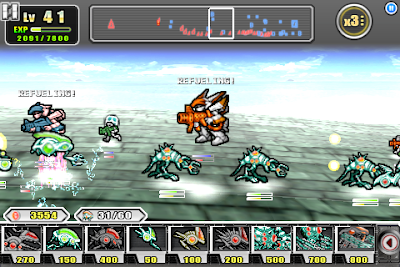 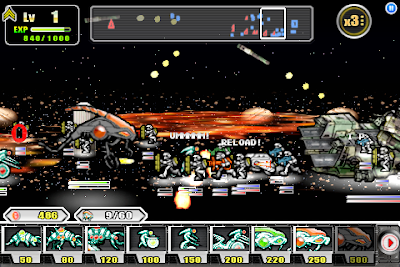 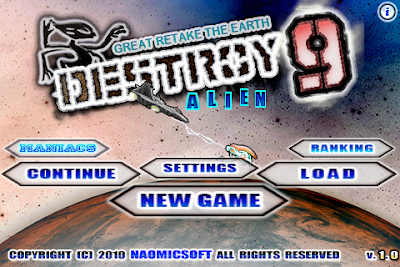 Destroy9 - Alien for iPhone, iPod touch, and iPad on the iTunes App Store.
http://itunes.apple.com/us/app/destroy9-alien/id372718312?mt=8
Let the invasion of the Earth.You are the Mutant Alien!!
Destroy9 - Alien version is "Defence" and "RTS"Destroy9 - Army version is "Defence" + "RTS" + "Action"
Feature:- Destroy9 Alien Version. - 3D Side View, 3D Map Terrain, 3D Weather Change. - College of Engineering Systems missile trajectory. - High Dynamics System.
Control:- Produce units- Map Scroll
A.I : The Aliens are made of special artificial intelligence will disturb you and high sensitivity, cool action will be excited.
Ranking: You connect to the server with other users through the rank of the world can be.
http://itunes.apple.com/us/app/destroy9-alien/id372718312?mt=8
Posted by naomicsoft at 2:03 PM 26 comments: 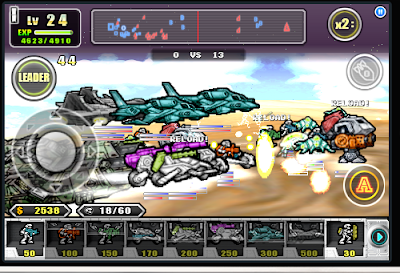 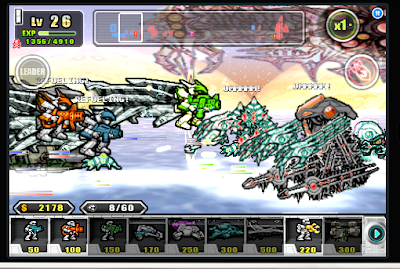 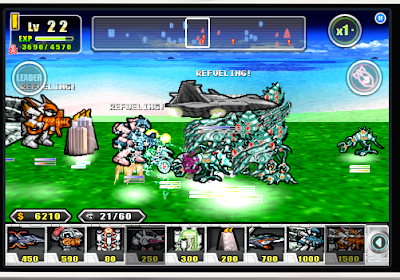 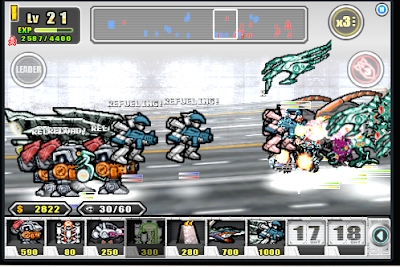 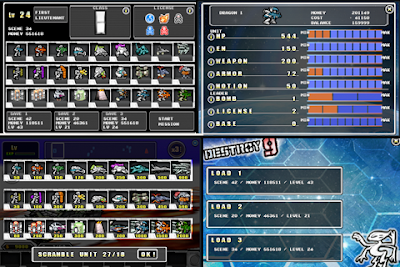 Destroy9 for iPhone, iPod touch, and iPad on the iTunes App Store.
http://itunes.apple.com/us/app/wargame/id368507981?mt=8&v0=WWW-NAUS-ITSTOP100&ign-mpt=uo%3D2#
This Game is
Action + Strategy + Defense !!!
You could never ever feel the game was a new concept.
Destroy9 should not be considered a Only strategy game.
You can control the Leader and
Select machine units can fight with.
Action games and strategy games can be enjoyed simultaneously.
Leader Mode, the total XX units to control freely and
to upgrade the abilities of each can join the battle.
If you are a Leader, you can shoot a special Lethal.
Depending on the license to set up unit can control,
Three steps have to be able to control formation.
Multiple units can be created at the same time.
Sky support for fire protection can be friendlies.
Depending on the unit as alien to persuade allies to convince the system is.
Depending on the building bunkers, production base, capital base, and so on.
Status will be changed according to level up and
Follows the U.S Army of the Class System.
The Aliens are made of special artificial intelligence will disturb you.
You connect to the server with other users through the rank of the world can be.
AI and high sensitivity, cool action will be excited.
How to play :
1. Scramble unit Select
The number of each stage varies Scramble,
Enter the number of units available for scramble.
2. Game Screen
A. Map Scroll :
Are two ways you can. Tilt and touch-screen mini-map.
( Tilt Scroll to the Settings of the slope can be undone. )
B. Leader Mode :
If you choose to select a leader can control the unit.
- Attack Button : SPECIAL launched.
- Units Button : Select proximity forces.
- Form Button : Formation of a specified unit change.
C. Scramble Count Button :
x1, x2, x3 Scramble up to 1~3 simultaneous.
D. Bomb Button :
Purchase and use the upgrade mode.
3. Upgrade Mode
A. Select a Unit :
HP, EN, WEAPON, ARMOR, MOTION, etc. Each unit can be upgraded.
BOMB, License, Base, and can be upgraded.
B. Save 1, 2, 3 :
Total Save Slot is 3.
C. Start Mission :
Games will start. Will be stored automatically in the main title menu and
click Continue to start the game immediately.
D. Class :
Follows the U.S Army of the Class System.
E. License :
You can collect up to 5 and you can control units.
If you wish purchase this Game.
http://itunes.apple.com/us/app/wargame/id368507981?mt=8&v0=WWW-NAUS-ITSTOP100&ign-mpt=uo%3D2#
Posted by naomicsoft at 5:19 AM 2 comments: